2019 was a tough year for both buyers and sellers across the nation, with low inventory, high entry-level prices, and the kind of economic uncertainty that makes baby boomers hang onto their older, larger home rather than putting it on the market. The housing market forecast for 2020 is expected to feature more of the same, with the millennials looking to make a splash only in the entry-level market, which is expected to account for about half of all mortgages by springtime.

The Bethesda housing market is echoing this national trend, with the real estate market down since 2018 as buyer preferences shift to smaller, newer homes requiring less work and more walkable neighborhoods. However, a recent uptick in home sales in Montgomery County indicates a silver lining.

A bedroom community of Washington, D.C., Bethesda features one of the wealthiest and most highly educated populations in America. The community’s downtown has been designated an arts district by the state, and residents enjoy a tree-lined city that is rich in entertainment and a high-performing public education system. The unincorporated city — with a population of around 62,000 — has a median income of about $175,000 and a median home sale price of $840,500.

The median age for Bethesda residents is 43, and more than 83 percent of the city’s adult residents hold a Bachelor’s Degree. Bethesda’s cost of living is close to 200 percent of the national average and is considered one of the most expensive places to live in the DC area.

Montgomery County requires 12.5 percent of all new home construction to be affordable for those making 60 percent of the median income. This is likely a draw for the younger, millennial population which values affordability in housing above all else. However, the requirement also poses a challenge, says the county regional services director, as the area is so desirable due to its schools and its strong community feel.

One downside for the Bethesda housing market is that the area is car-dependent, meaning that homeowners there must own a car in order to comfortably move about the city. There is some structure for bicycling and some public transportation available, but still, the area remains largely accessible to those who own their own cars. This poses a challenge for sellers, as almost all buyers these days are looking at walkability as a major factor in where they choose to live. Another downside is that buyers with budgets of under $600,000 are unlikely to find very much available in Bethesda, though there are some neighborhoods just outside of it where they’re likely to have more options.

What Bethesda (And Other Montgomery County, MD) Buyers are Looking For

According to the Montgomery County Planning Department’s 2019 annual monitoring report for downtown Bethesda, the downtown sector is looking to add an additional 14,200 jobs by 2040 — a 38 percent increase over existing levels. These jobs will be great for individuals with families, who want a home close to where they work, as well as increased walkability, open space, and opportunities for shopping and entertainment. The planning department is looking to add 13 additional parks as well as a mix of different types of residential dwellings to reduce commuter traffic and continue making Bethesda a place that residents are proud to call home.

The plan calls for a maximum of 8,456 additional multi-unit residential units. Some of these units that are already approved include:

In addition to newly constructed apartments and condos, the single-family housing in the Bethesda housing market has become more diverse in recent years, with modern neighborhoods rising up alongside older, more established homes. However, while older single-family homes can be had for around $600,000, new construction generally puts the home’s price tag over $1 million.

One of the biggest draws to Bethesda for families is the quality of the public schools there. While Bethesda’s schools are still operating well within capacity, the downtown plan calls for additional facilities over the coming years in order to handle the population growth as more workers in the area seek to shave down their commute and live with their families in the community.

Already, with a student population growth of more than 10,000 in the past five years, parents in the Montgomery County School District — the largest school district in the state — have been complaining about over-crowded school buses in which there aren’t enough seats for all of the students. Not great for the housing market forecast – but it doesn’t seem to be immediately impacting anything.

Additionally, the schools in the county are having to put up temporary classrooms to deal with overcrowding. School district officials, however, say that the school bus crowding issue is not a matter of needing more school buses but, rather, a matter of designing better bus routes and encouraging those students who are able to walk to school to do so.

In December 2019, the Purple Line Corridor issued a report recommending that Montgomery County invest $100 million into its housing initiative fund in order to provide and preserve affordable housing along the light-rail commuter route. While the 16-mile commuter line has been an economic driver for the communities it lies within, it has posed danger to the predominantly lower-income communities that reside along either side of the line, with the convenience of the line increasing demand for housing there and — subsequently — increasing the cost of living in those communities as well.

While Montgomery County already has generous 12.5 percent moderate housing regulations in place, the problem is that the median income is so high in the area that even moderately priced dwellings are too expensive for the lower-income earning residents of the areas along the line.

What the April 2019 Housing Market Was Like in Bethesda, MD

The Bethesda housing market slowed down a bit in 2018, much like it did in the rest of the nation. By April 2019, it was reported that — while the median home price was up 4.8 percent since 2017 — the number of pending sales and active listings were well below the five-year average. Other highlights of the Bethesda housing market in April included:

What the December 2019 Housing Market Was Like in Bethesda Maryland

In December 2019, closed home sales and pending home sales were up in Montgomery County, compared to the previous year. Details include:

Experts surveyed by Zillow are now saying that the U.S. is not going to enter a recession in 2020, contrary to what half of them believed in the summer of 2019, though a third now believe that the economy is going to shrink in 2021. Other highlights of the 2020 Bethesda housing market forecast/predictions include:

Planning on renting out your property in Bethesda? Get in touch with us today to find out how you can make the most of your investment property. 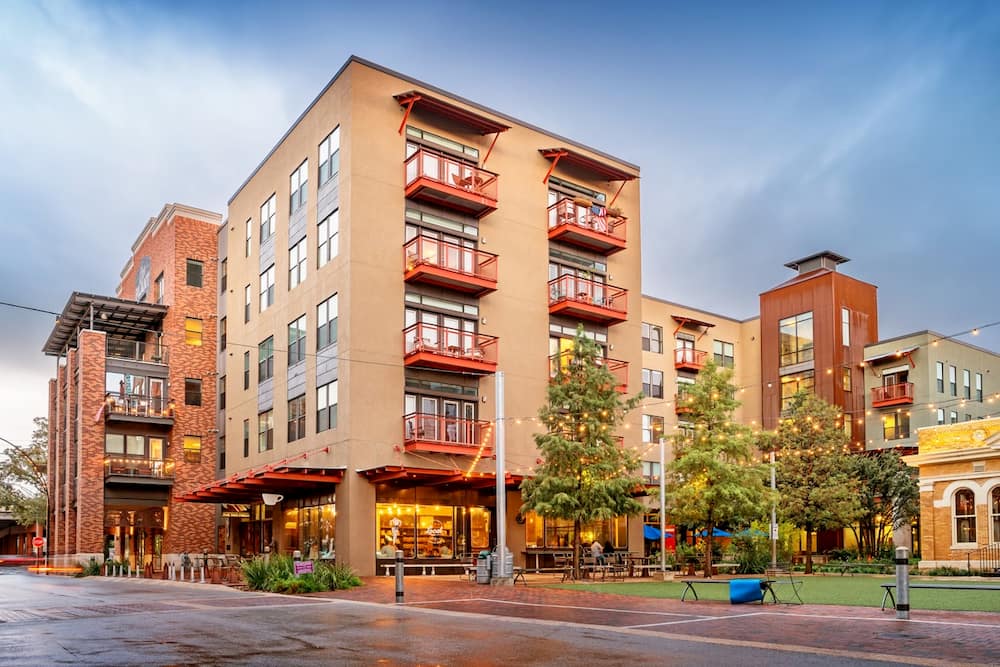 4 Things to Consider When Buying a Condo to Rent Out

All About the VA Loan for First Time Homebuyers in DC

First-time homebuyers made up 31% of those making home purchases in 2020. In a hot housing

Caring For Hardwood Floors in a Rental Property

With the right planning and maintenance, you can protect your rental property’s hardwood floors from damage. Learn more about maintaining your hardwood floors.

When Does a Guest Become a Tenant? How to Write a Guest Policy

As a property manager, you carefully consider all of the potential tenants before signing a

Want to find out what your home is worth?

Get an instant valuation

Get a free rental analysis